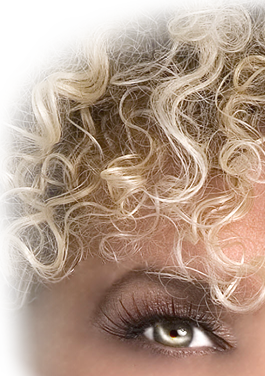 For many years I would look forward to Labor Day Weekend. I would listen to the Blues by The Bay Festival in Eureka, California broadcast over the Internet on Humboldt County’s WHUM. That was the first time I ever heard Kaye Bohler.

Bohler’s music is the funk, rock, and soul that results is the bluesy emotion of Janis Joplin or Elvin Bishop. Her influences include Tina Turner, Albert King, and Dinah Washington. Frank-John Hadley of Downbeat Magazine once said “Bohler is a belter who stands firmly in the Blues tradition and yet can turn on a dime into Soul sophistication.” Bohler has a three octave range. Her voice has been described as a mixture of “whiskey and honey”.

Bohler writes about “real woman stuff”. Her first cd was 2000’s “Men and Music”. Her last independently released album was 2009’s “Like a Flower”. For this, her fifth album, Bohler has written all ten songs and her songwriting reflects her knowledge and creativity. The band on this recording includes Grammy winning Executive Producer/guitarist Pete Anderson; Kelly Black, guitar; producer Michael Murphy, keyboards; John Paul or Jeff Sorenson, drums; and the horn section of Lee Thornburg, trumpet and trombone; and Ron Dzibula, saxophone. All of the horn arrangements are by Thornburg. The session is recorded, engineered and mixed by co-producer Tony Rambo.

A very short almost Beatlesque intro quickly turns into a Memphis sound on the opening track “Diggin on My Man” which sets the pace for this album. “The Way I Do Business”, sports a great lyric “I don’t need nobody causing me strife, that’s the way I do business, that’s the way I do life”. “Bubble Gum” gets the full Stax-Hi Records treatment and it’s just great. “Handle The Curves”, the title track, is a slow blues with a sexy horn arrangement and a nice guitar solo from Black. “Backbone” gives us some more of Bohler’s advice on life. “Party Time” includes a commanding guitar solo from Anderson. “Slayed” is Al Green inspired and includes great sax from Dzibula. “It’s The Blues” is influenced by Muddy Waters. “Family is Found” is touching “cause family is found in the friends I find”.

Perhaps “Don’t Take My Hope Away” sums it up completely. This is a Stax styled production, “I gave up babies, money and security too, and in my line of work finding a man ain’t been easy to do, so who are you to judge me, and rain on my parade, if you can’t love me, don’t you take my hope away”. This is a wonderful album and Bohler is a great talent.